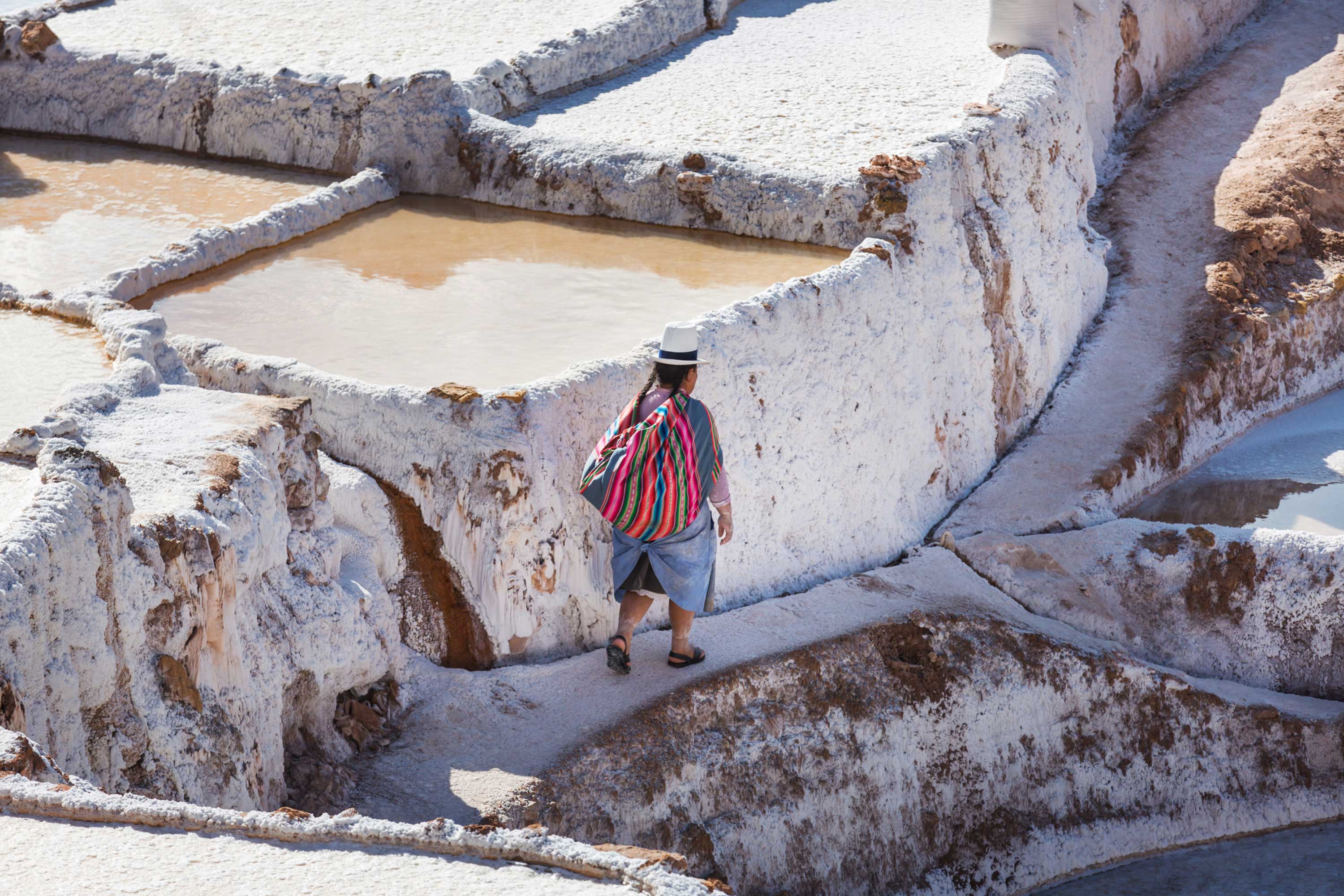 Up until now you've probably never heard of spring salt. It's somewhat of a hybrid between sea salt and Himalayan rock salt. Natural spring water from an underground aquifer flows through rock salt where it becomes hypersalinated. This salty spring water then flows above ground where it's naturally evaporated and the remaining crystals are harvested by hand.

Before reading any further we always recommend giving this video by Great Big Story a watch.

Tucked away in the Andes Mountains of South America sits the community of Maras, Peru. Over 3,000 salt ponds layered into the hillside produce salt once per year and harvested by hand. Many credit the ancient Incans for first building the ponds hundreds of years ago (13th-15th century), and not much has changed since then. The process has remained largely the same - even the ownership of the ponds has remained from generation to generation.

So, how exactly is the salt produced?

Tens of millions of years ago South America was covered by an ocean. After a few seismic events, the Andes Mountains formed and trapped this ancient ocean. As time passed, the water began to evaporate and left behind an immense salt deposit (rock salt). And as more time passed, this salt deposit became buried deep under the Qaqawinay Mountain - covered by millions of years of earth.

Rain and snowmelt from higher in the Andes Mountains flows to a subterranean aquifer. And as this fresh water moves it runs through this ancient rock salt deposit and becomes salt water.

At this point, the warm, salty spring water flows above ground through a small opening in the mountain.

As soon as the spring water exits the mountain its immediately diverted into a complex series of channels. These channels are able to fill every evaporation pond on the mountain.

Salt harvesting season for Maras is May-October each year. Only during these months are weather conditions good enough to evaporate the spring water. Less rain, brighter sunlight, and more wind.

Since the ponds were first built, they've been passed down from generation to generation using the same processes their ancestors have. The town of Maras has operated the ponds as a community for hundreds of years. Each pond is owned by a family within the community, and new residents are offered ponds as well.

Every harvest season the community sells their salt as a group and collectively splits the profits among each family.

A major difference between spring salt and other salts is the source of water. Most sea salt is evaporated using polluted sea water containing microplastics and other toxins. These plastic particles are so small that salt brands aren't able to remove them.

It's not entirely certain how these materials impact our health, but it's understood that microplastics can carry toxins from the plastic itself as well as other chemicals in the water. We eat around 2,000 microplastics per year through salt.

Some salt brands add chemicals to salt after the harvesting process. These additives ensure the salt is a pure white and to prevent grains from clumping together. Some of these chemicals are ferrocyanide, aluminum silicate, dextrose, and more.

In America, up to 2% of salt is legally allowed to be chemical additives. Check out our article here to learn more.

Spring salt is harvested and left in its natural form - no chemicals used.

Over the past few thousand years the human body has adapted to needing minerals to help digest salt. Most refined salt on the market today has minerals completely removed entirely which makes it harsh on the body.

Meanwhile, spring salt contains 70+ trace minerals - some of which include potassium, magnesium, iron, zinc, and calcium. This mineral content gives each grain a subtle pink hue and its unique flavor.

You've probably eaten sea salt before. We like to say the sea salt tastes like taking a gulp of ocean water - not exactly the most pleasant experience. And refined table salt is just too salty and carries a metalic aftertaste from its added chemicals.

Meanwhile, spring salt tastes like a subtle pinch of earthy, salty sweetness. Because of spring salt's mineral content, the flavor is much different from sea salt. It has a natural 'sweet' finish to it which makes it a versatile tool in the kitchen. It's also noticeably 'less salty.'

Spring salt naturally evaporates into coarser grains - perfect for pinching and evenly distributing. The grains quickly dissolve and bring out the flavor in any dish. 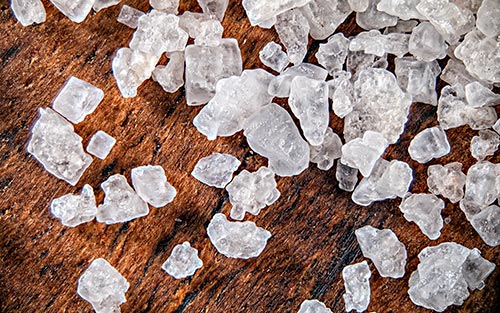 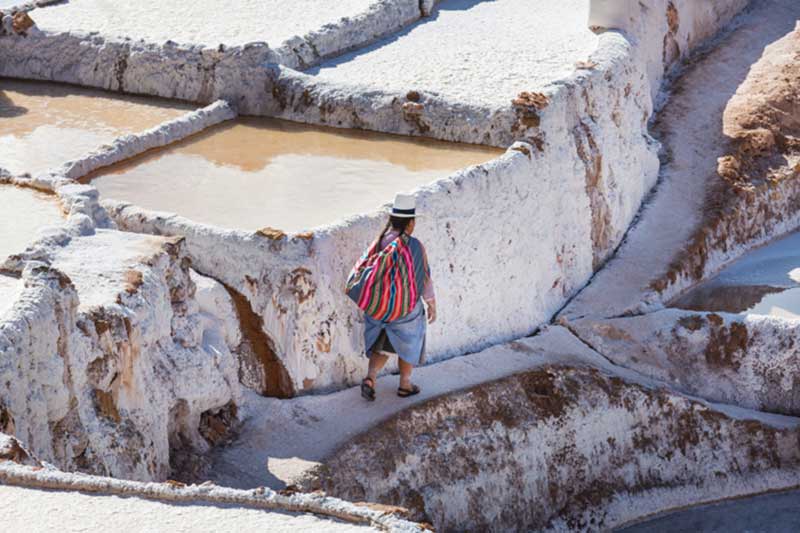 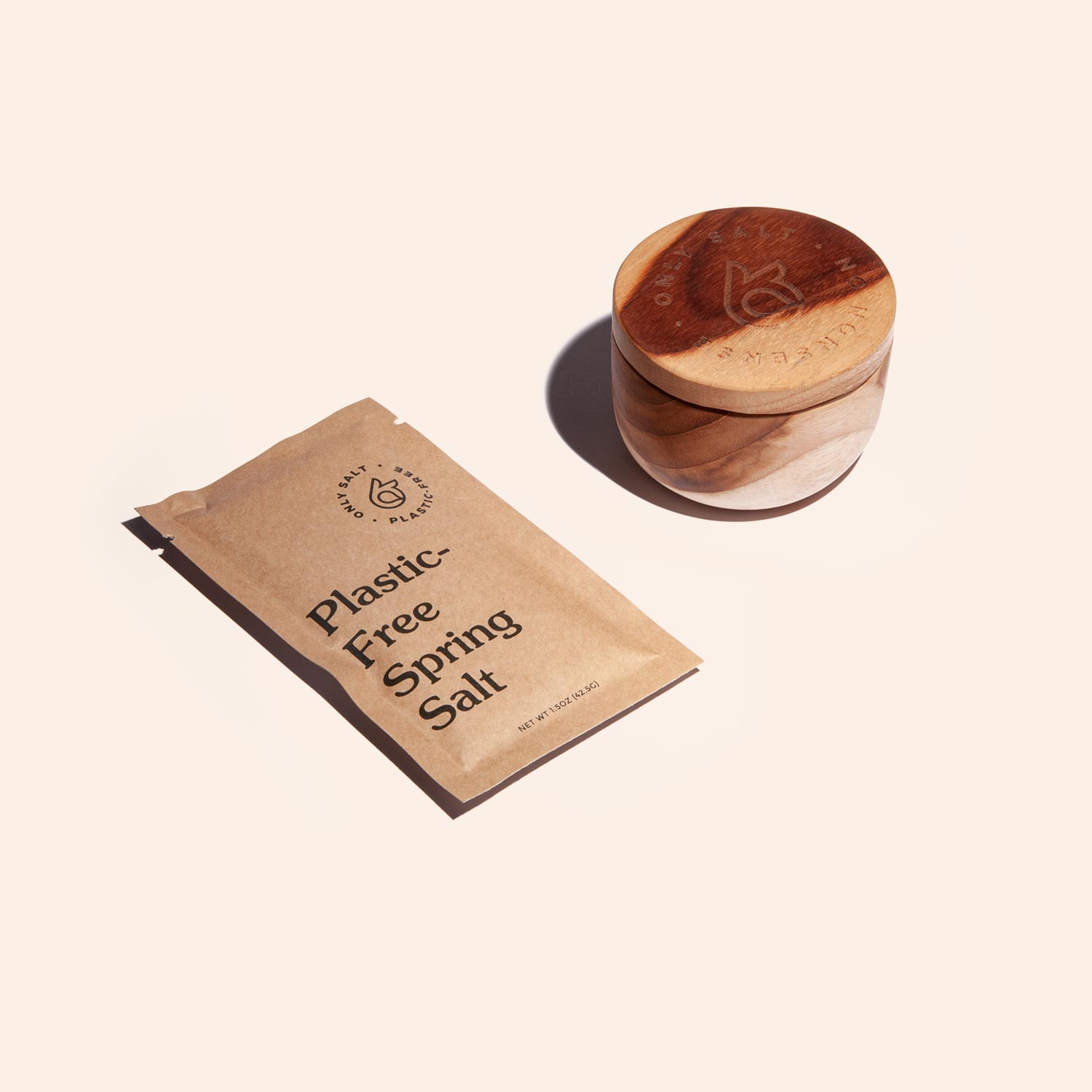 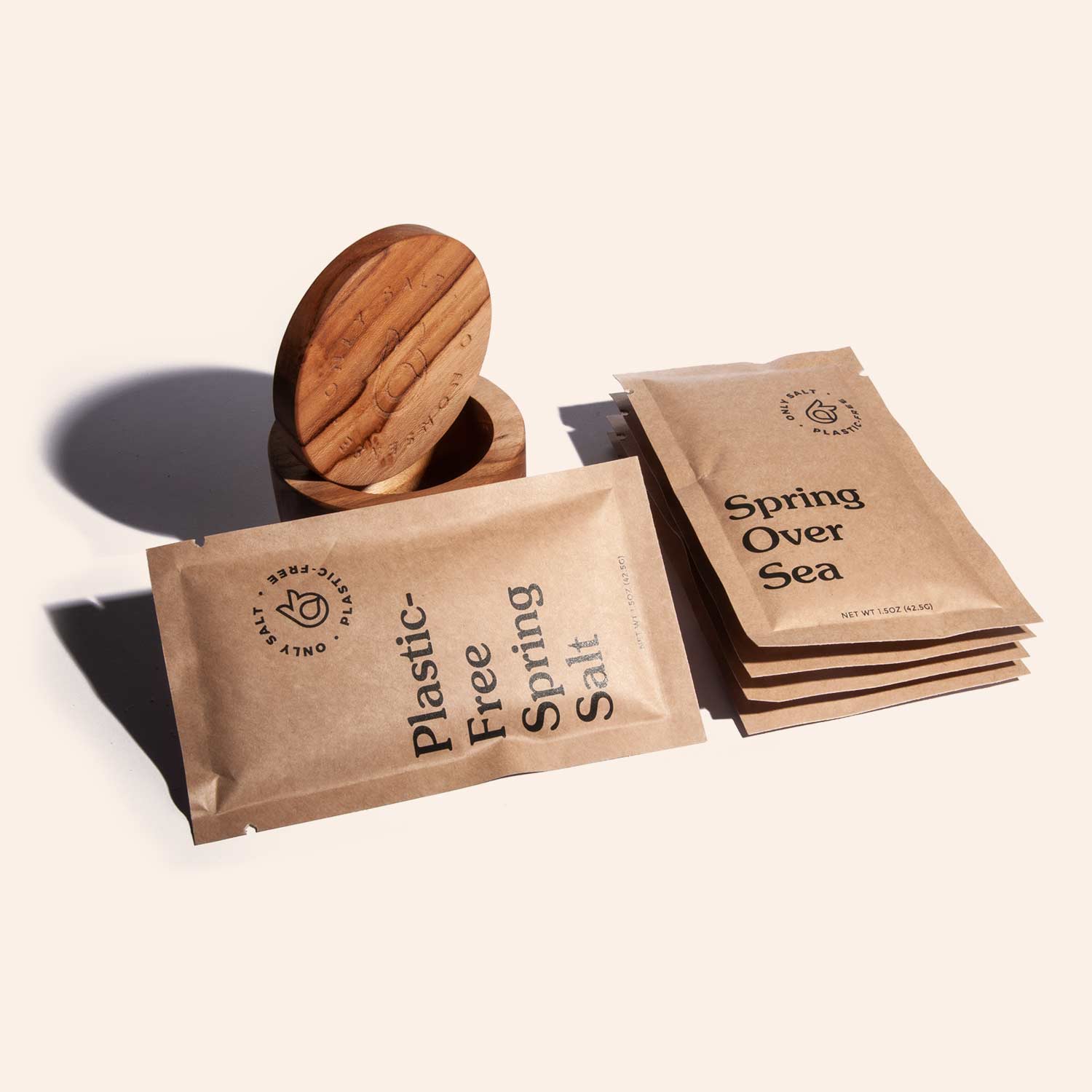 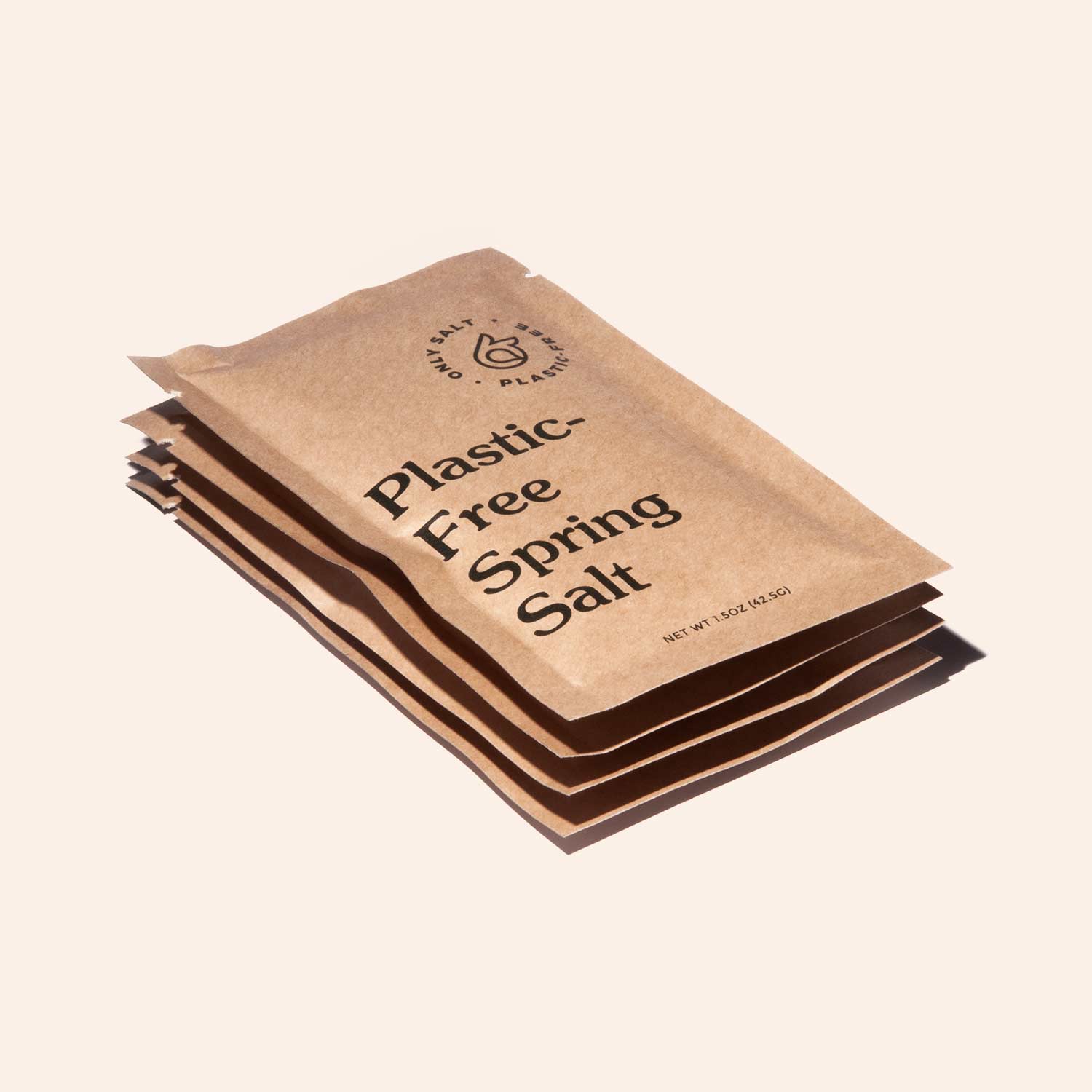